Dispelling the Rumors: Q & A 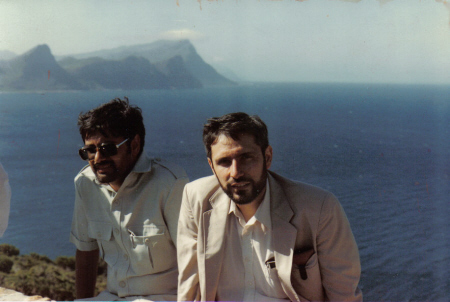 Many rumors and lies have been intentially lodged against the Imam in an attempt to discredit him.  A few of these are addressed below.

Q: Is Imam al-Asi a shia?
A: No.  Imam al-Asi is not a shia, and he believes terms such as sunni and shia are traditionally imposed definitions of who muslims are.

Q: Is Imam al-Asi a radical Palestinian?
A: No, Imam al-Asi is originally from Lebanon and Syria, he was born in the United States.

Q: Is Imam al-Asi a Wahhabi?
A: No, Imam al-Asi is accused by some as being a Wahhabi and by others as being "an Iranian Imam."  These accusations are nothing but falsehood and lies.

The Truth about Imam Muhammad al-Asi 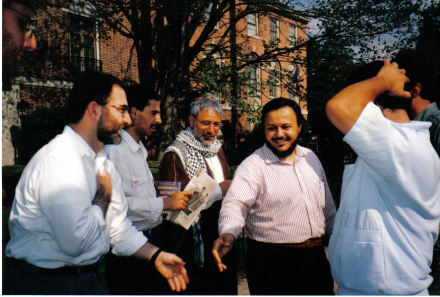 Imam al-Asi was born in Grand Rapids, MI in the year 1951.  At the age of 11, he moved to Lebanon where he complteted his high school education.  He then attended the Arab University of Beirut, where he partook in extensive studies of the Arabic language.  In 1973, al-Asi retunred to the United States and attended the University of Maryland,  graduating with a degree in Government and Politics in 1979.
In November of 1981, al-Asi was elected as the Imam of the Islamic Center in Washington, D.C.  He and his family moved into the Masjid and al-Asi became the full acting Imam.  In March of 1983, however, the Saudi Embassy, with the help of several different law enforcement agencies, forced the elected administration of the Islamic Center to leave the premise.  From that point on, with the continued support of the Saudis, the same law enforcement agencies prohibit the pro-election Muslims from entering the Masjid.  These Muslims have been thus forced to pray their Jumu'ah prayer on the street for the past 20 years.
Imam al-Asi currently spends much of his time attending conferences, speaking to a variety of student groups, and lecturing in several countries around the world.  He has also published several written works on important issues concerning Islam's position and role in the modern world.  His primary work in progress is the first tafsir of the Qur'an written in the English language.